In Hinduism, each of the divine gods and Goddesses have their own animal escorts. These are also called as Vahanas (animal vehicles). The literal meaning of a Vahana is something that carries, or pulls. While different Gods are associated with different Vahanas or animal escorts, Lord Indra, the god of gods, is associated with a white elephant called Airavata.
Airavata is also called as ‘Ardha-Matanga’, meaning “elephant of the clouds”; ‘Naga-malla’, meaning “the fighting elephant”; and ‘Arkasodara’, meaning “brother of the sun”. Airavata is the mythological winged white elephant who is said to carry God Indra, the God of gods.

The birth of Airavata had a divine purpose. The birth of this elephant was planned so that Lord Indra could have an animal of his own, to serve as his escort. In brief, Airavata was born when Brahma sang sacred Mantras over the halves of the eggshell. These eggshells are of the egg which Pakshiraj Garuda- The vehicle of Lord Vishnu hatched. It is said to have been followed by seven more male and eight female elephants. This is the story behind the birth of this beautiful white elephant, Airavat, that went to serve lord Indra very faithfully.

Once Lord Indra thought of his need for an animal at his beck. He decided to have an animal because he needed to be carried to the many events in Deva Loka or elsewhere along with the various battles taking place in his life. Hence, it is believed that Lord Indra went to Lord Brahma with his request for an escort of his own. So, Lord Brahma who is said to be the god of creation decided to grant Lord Indra’s wish for his very own escort. When Lord Indra went to Brahmaloka where Lord Brahma resided and he then approached Brahma with his request. Hearing to his request, Lord Brahma dismissed Lord Indra and told him to come back the very next day, and he would have his very own elephant.

This egg is said to have made a loud noise, so loud that it had awakened Lord Brahma to begin his rituals to produce the divine Airavata. Brahma took this egg delivered by Garuda, into his celestial room, and there he began to chant and sing religious Mantras. As Brahma continued to chant further, the egg started to crack into tiny little places. It cracked so until it eventually broke open. As the egg burst open, a large elephant with four tusks and seven trunks popped out of it. Just after the moment, the elephant came out of its egg, lord Brahma called it as Airavata. This elephant was therefore named Airavata.

Upon witnessing this elephant breaking out from the egg, Lord Brahma was pleased. He saw that this elephant that was produced from the egg that Garuda delivered, was perfectly fit to become the escort of Lord Indra. He then went on to bless Lord Indra with an animal escort like he wanted and gave him the ownership of Airavata. So, he informed Lord Indra to come and inspect this new and magnificent creature. After learning about the message from Lord Brahma, Lord Indra arrived soon and was very pleased with the large beautiful white elephant, Airavata, that was in front of him. Lord Indra then thanked lord Brahma profusely for granting his wish. Soon after that, Lord Indra took Airavata to his home where Airavata is said to have lived with him eternally.

Airavata and Samudra Manthan
The story above describes the episode of the birth of Airavat as described in the Ramayana. According to Ramayana, the Samudra Manthan i.e. Churning of the milky ocean- Ksheera Sagara by the Devas and Asuras was due to arrogance and carelessness of Airavat only.

According to the Ramayana,
Lord Indra, mounted on Airavata paid a visit to Sage Durvasa to seek his blessings. Sage Durvasa offered Indra a garland as an offering. Indra hung the garland given by Durvasa on Airavat’s tusks out of ignorance and arrogance. The garland was made of very precious and special flowers. Those flowers had a very powerful fragrance and various bees were attracted to the garland due to the strong fragrance. The bees were whirling and buzzing around the garland which was hung on Airavat’s tusks. Airavat first ignored the bees but after some time, he couldn’t bear the bees continuously buzzing around and got irritated.

Thus, Sage Durvasa cursed Lord Indra that all the gods i.e. Devas would be losing their strength, energy, fortune, prosperity, and also all devas would be suffering the symptoms of old age. Indra shocked to hear the curse, requested Sage Durvasa to take back the curse. Durvasa was relentless and merciless and he explained that he can’t take back the curse but he told there is a solution to the Devas to regain their youth. Sage Durvasa told that the devas could regain their youth and would remain youthful forever by drinking the Amrit (Nectar) that comes out by churning the Ksheera Sagara. Lord Indra accepted the curse and went to seek the refuge of Lord Vishnu as the Devas alone cant churn the Ksheera Sagara as they lost all their powers due to the curse. Lord Vishnu asked the Devas to approach the asuras and form an alliance with them to churn the ocean and guarantee them a share of the nectar but Lord Vishnu guaranteed that the nectar would be consumed by only the Devas but not the Asuras. And then one of the greatest episodes of Hindu Mythology, the Samudra Manthan began, which was a result of the carelessness of Airavat.

Mention in The Bhagavat Gita & Mahabharat
Above mentioned was the story of Airavat who was the cause of Samudra Manthan according to the Ramayana but the Mahabharat had a different version of Samudra Manthan. Mahabharata says that Airavat emerged during the Samudra Manthan which was taken by Indra. Below mentioned is a shloka from the Bhagavad Gita which talks about Airavat and the emergence of it from the ocean along with Ucchaihshrava, the horse. There were 3 supernatural animals that emerged during Samudra Manthan. One was Airavat and the other two being Kamdhenu and Ucchaihshrava.
Airavata also stands at the entrance to Svarga, Indra’s palace. In addition, the eight guardian deities who preside over the points of the compass each sit on an elephant. Each of these deities has an elephant that takes part in the defense and protection of its respective quarter. Chief among them is Airavata of Indra. There is a reference to Airavata in the Bhagavad Gita:

Lord Krishna continues naming the most magnificent in each category to reveal his glories to Arjun. Ucchaihshrava is a celestial winged-horse that belongs to Indra, the king of the celestial abodes. It is white in color and is the fastest horse in the universe. It emerged during the pastime of the churning of the ocean by devas and asuras. Airavata is a white elephant that serves as the vehicle of Indra. It is also called ardha-matang, or “the elephant of the clouds.”

The devotee demigods and the demons once took a sea journey. On this journey, nectar and poison were produced, and Lord Siva drank the poison. From the nectar were produced many entities, of which there was a horse named Uccaihsrava. Another animal produced from the nectar was an elephant named Airavata. Because these two animals were produced from nectar, they have special significance, and they are representatives of Krishna.

Clearing the Confusion
The Bhagavata Purana also describes the emergence of Airavata from Samudra Manthan. According to Ramayana, Indra’s elephant Airavata was responsible for the churning of the Ksheera Sagara. But in the Mahabharata, it is said that a white elephant with four tusks arose during the churning of the ocean of Milk and that Devendra caught and tamed it. An explanation for this discrepancy may be seen in Vishnu Purana, 3rd Section, Chapter 1. Now six Manvantaras have passed. This is the seventh Manvantara. Each Manvantara has a new Indra. According to this, different Indras have their own Airavatas.

Airavat and Rains
In Hinduism, it is known that Airavata played a great part in making sure the world we live in, continues to get the water it needs. Previously, there was a large amount of water in the underworld that the people could not get too. This caused lord Indra much distress. He wanted his people to be able to feel the coolness of rain from the sky as we do every day. However, something needed to be done in order to get that water from the underworld up to the sky. So, Indra began to ponder upon how this could possibly happen.

As Indra pondered on how to “make it rain,” his elephant friend Airavata approached him to ask him what was bothering him. He then began to explain to Airavata his sadness at not being able to bring rain to the people. Airavata instantly began to explain to Indra that he would do anything to bring him happiness, and he would be willing to use his trunk to help bring water from the underworld into the clouds so Indra could make it rain. Indra was so happy that he wept tears of joy. He would know to be able to make rain because Airavata would be able to fill the clouds with water. Indra and Airavata teamed up and Airavata filled up the clouds, and then Indra commanded the clouds to release the water, causing the present-day rain that we still experience today.

The connection of elephants with water and rain is also emphasized in the mythology of Indra, who rides the elephant Airavata when he defeats Vritra. This mighty elephant reaches down his trunk into the watery underworld, sucks up its water, and then sprays it into the clouds, which Indra then causes to rain forth cool water, thereby linking the waters of the sky with those of the underworld.

One of his names means “the one who knits or binds the clouds” since myth has it that these elephants are capable of producing clouds. The connection of elephants with water and rain is emphasized in the mythology of Indra, who rides the elephant Airavata when he defeats Vritra. This mighty elephant reaches down his trunk into the watery underworld, sucks up its water, and then sprays it into the clouds, which Indra then causes to rain forth cool water, thereby linking the waters of the sky with those of the underworld.

Thus, is the story of one of the greatest and mightiest animal Gods which emerged to be a significant figure in Hinduism. The powers of Airavata are such that it has emerged to be the King God of the Elephants!

Airavata- The Elephant Of Indra

3 thoughts on “Airavata- The Elephant Of Indra”

Sat Aug 22 , 2020
The Tri-Murti could not concentrate while meditating, the Tri-Devis too faced trouble in doing there work. Everything was getting disturbed in the Vaikuntha, Brahmalok, and […] 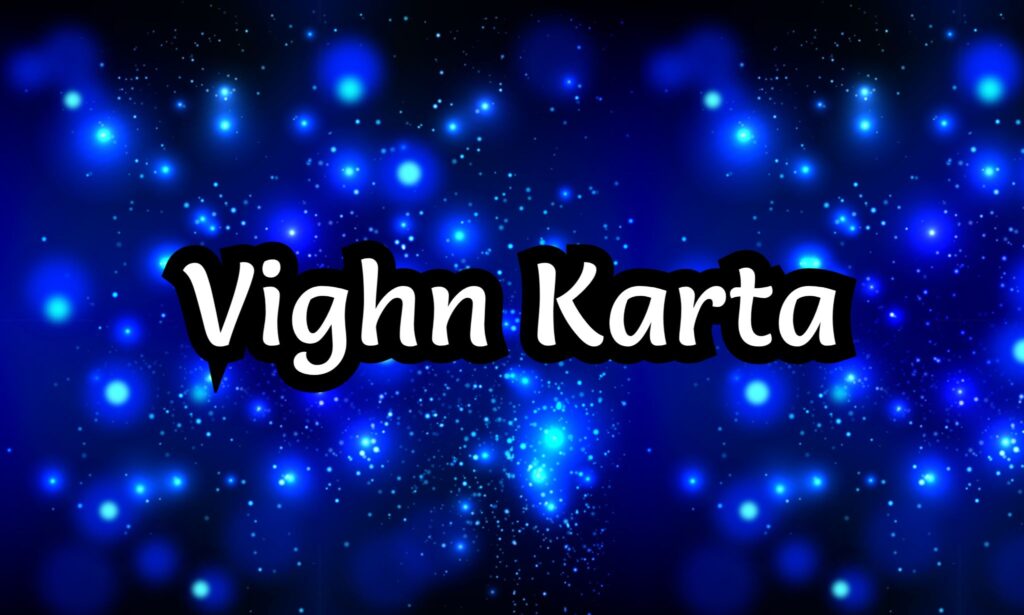