Shubhi Agarwal
Hey guys so first of all, wish you a very happy Raksha Bandhan. Raksha Bandhan, a festival dedicated to our dear siblings and also the ones with whom we share a connection a ‘Dil Ka Connection/ Dil Ka Rishta’ We are celebrating Raksha Bandhan since decades but, do we know the ones who created this festival? This Raksha Knot? It is none other than LORD VISHNU and GODDESS PARVATI.  As we know that after Sati, the first wife of Lord Shiva went inside fire. Mahadeva disconnected himself from the world and did meditation for thousands of years. But, time dosn’t stops there. Sati or Parvati, was an incarnation of Adi-Shakti. Adi-Shakti, the real consort of Mahadeva. She is a soul. So we all know that a person dies, he leaves his maternal body but, our soul never dies. It is amar. We take several births with that same soul. Adi-Shakti’s soul also took a re-birth as Parvati, the daughter of Himavan-The king of Himalayas. Parvati was the re-birth of Devi Sati. She knew the reason of her birth was her reunion with Mahadeva. She loved Mahadeva a lot but Mahadeva was a one women man. He did not understood that Parvati is his Sati only. He was kind of confused. I know that this may sound quite funny because you might think that Mahadeva is a very important member of TriMurti and how can he act like this but, do not forget that he is also called Bholenaath. The one who is very innocent. Parvati did a lot of tapasya to get Mahadeva. She prayed for around 16yrs. That is why 16Somwar Vrat is considered as an important one. One day, Narayana and Bramhadeva visited Mahadeva in the cave where is her meditating. Narayana said “Mahadeva what is this? Don’t you see that Parvati is your Adi-Shakti. Why are you being so hard to her. I cannot see her like this!” Mahadeva looked at his best friend and said “my lord is disappointed by my actions. Now it is my duty to make him happy.” Narayana looked at him with a gentle smile and said “Mahadeva, you know that I am not an angry young man like Shesha!! It is just that I am worried about Parvati. She has been waiting for you since 16 long years. Please don’t trouble her.” Mahadeva giggled and said “Ok as you say my lord. But last time. I want to take her test. You know that Sati got me easily and you are very much aware of what happened after she left me. I don’t want this thing to happen with Parvati.” “What kind of test” asked Bramhadeva in excitement. Mahadeva gave a smirk to Narayana and said “She will have to make 108 Shivlings and perform my puja.” “What 108 Shivlings! How can a person do this all alone?” asked Narayana. “That is her problem. If she wants me then, she will have to do this!” said Mahadeva and continued his meditation. There, Parvati started preparing for 108 Shivlings without any fear. In Vaikuntha, Narayana got worried and decided to visit her. He went to the place where she was busy preparing for 108 Shivlings. He went near her and said “Parvati, how can I help you dear?” Parvati smiled and said “Pranaam Narayana. I don’t need your help. I want Mahadeva so, it is my duty to do my work all alone. I don’t need anyone’s help. But…” “But what?” asked Narayana. At first, she hesitated but, said at last “I don’t know how to make Shivlings. You know that our family never prayed Mahadeva. Can you please consider me as your younger sister and teach me to do so…” A tear rolled down from Narayana’s eyes and he said “I am blessed dear. From now, you are my sister and I vow to take care of you throughout my life. I will always protect you and will support you. But, you will have to tie this Mauli-Raksha Dhaaga on my wrist to secure our bond.” “Bhaiya” she cried and hugged him. Lakshmi appeared and asked “And what about Bhabhi?” Parvati touched her feet and tied a Raksha Knot to her Bhaiya and Bhabhi. Narayana smiled and said “My dear sister. There are many festivals but, there is no festival for us. Which celebrates our bond. From today, this auspicious day will be celebrated as RAKSHA BANDHAN. A festival dedicated to all the brothers and sisters.” After that, Narayana and Lakshmi taught her how to make a Shivling. And rest, we know that at last how Mahadeva got impressed with her, through the sacrifice of Kamadeva…. At the time of Shiva-Parvati’s grand wedding, Narayana performed Parvati’s Kanyadaan. As earlier the ritual was that the elder brother performs the Kanyadaan of his dear sister but know, the rituals are changed in Kali Yug. 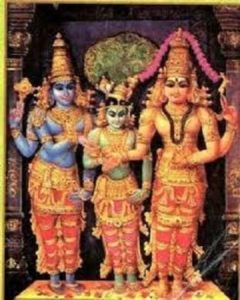 Narayana performing Parvati’s Kanyadaan Though Parvati and Narayana did not have any blood relation but, they had a DIL KA CONNECTION/ DIL KA RISHTA which connected them. This was the roots of their relation. It is sometimes really very strange na that we get attached to the ones we don’t have any blood relation and share a very deep bond with them more than the one’s with whom we have a blood relation. It is rare but, it is the most beautiful relation. Comment down below the one’s with whom you have a DIL KA CONNECTION/ DIL KA RISHTA. Happy RAKSHA BANDHAN
Please follow and like us: 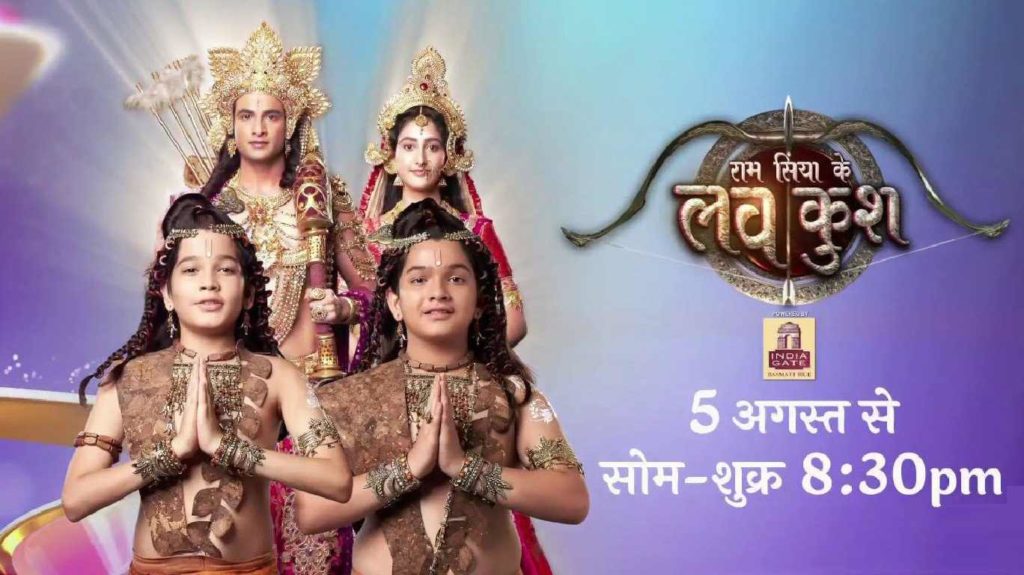