Lord Shiva’s and Mata Parvati’s two sons are quite well known in Hindu Mythology- Karthikey and Ganesha. But what if you got to know that Lord Shiva, had a beautiful daughter too? Yes, he has a daughter named Ashoka Sundari.

One day Shiva and Parvati came across a wish-fulfilling tree known as the Kalpavriksha. Because Lord Shiva frequently went out of Kailash Parvat to fight demons, Parvati used to often feel lonely and so she asked for a daughter from the tree. As her wish was granted, Ashoka Sundari was born.

The word Ashoka means without sorrow and because she got rid of Parvati’s sorrow, she was named Ashoka Sundari. Sundari means beautiful. Since the girl was extremely beautiful, she did justice to her name.

Mysteriously, not much is mentioned about her in most scriptures apart from the fact that she was present at the time Lord Ganesha was beheaded and her marriage. Ashoka Sundari got scared by her father’s act and hid behind a sack of salt. When Parvati got to know about her son’s fate, she becomes extremely angry. Out of anger, she also cursed Ashoka Sundari to become a part of the salt. Later when Lord Ganesha’s head was restored by Shiva, they restored life in their daughter and pacified her. That’s how Ashoka Sundari is associated with salt without which food is tasteless.

Once, goddess Parvati promised that she would get her daughter married to the son of Ayu- Nahusha of the lunar dynasty, who would be equal to Indra Dev.

Once while, Ashoka Sundari was roaming in Nandanvan with her maids, a demon named Hunda saw her and fell in love with her. However, Ashoka Sundari rejected the advances of that demon and informed him about her destiny to marry Nahusha. Hunda then disguised himself as a widow, whose husband was killed by him, and asked Ashoka Sundari to accompany her to her hermitage. She went with the disguised demon and reached his palace. Later, she came to know of his treachery and cursed him to be killed by Nahusha and escaped home.

Years later, after the birth of Nahusha, Hunda kidnaps the baby Nahusha from his palace, however, he is rescued by a maid of Hunda and given under Maharishi Vashishtha’s care. After a few years, Nahusha grows up and understands about his destiny to kill Hunda. Hunda abducts Ashoka Sundari once again after years and tells her that he had killed Nahusha. Ashoka Sundari was consoled by a lesbian couple who informed her of Nahusha’s wellbeing and prophesied that she would mother a powerful son called Yayati and a hundred beautiful daughters. Nahusha fought Hunda and defeated him after a fierce battle and rescued Ashokasundari, whom he married.

According to Sanatan Dharma, the groom should be elder than the bride as women tend to get mature early by men hence, an age gap between the two is necessary even if it is for a few months also. And as Nahusha was younger than Ashoka Sundari, goddess Parvati chanted some mantras and increased his age by one and a half years of Ashoka Sundari and they got married. Over course of time, in absence of Indra, Nahusha was temporarily made the regent of heaven.

Ashoka Sundari – The Daughter Of Mahadeva

2 thoughts on “Ashoka Sundari- The Daughter Of Mahadeva”

Mon Mar 8 , 2021
Born to sage Vachanku of Garg lingrege in around 9th-7th century BCE, Gargi Vachaknavi’s name was kept on her father’s name. At a very young […] 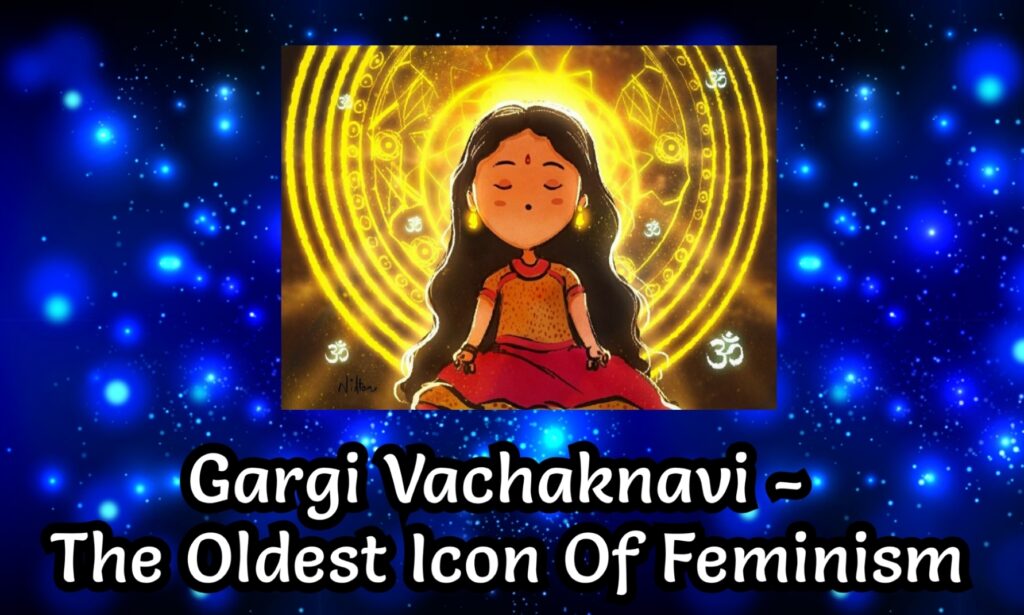