Hey guys, I hope that you all are doing well. So as you all know that I am a great devotee of Ramayana and anything related to it cannot be missed by me. Recently Colors channel launched their new show-RAM SIYA KE LUV KUSH by SWASTIK PRODUCTIONS-SIDDHARTH KUMAR TIWARY. I have been watching the show since it started and it was obvious for me to give my reviews on it. Siddharth Kumar Tiwary known as the king of Mythological shows came up with Ramayana this time. He is basically known for his high budget shows like Mahabharat- Star Plus, Porus-Sony T.V and Radha Krishn-Star Bharat and now this. So there are many thing which I liked and which I disliked.

Talking about the story, he is mainly focusing on the Uttara Kand of the Valmiki Ramayana. 5th August 2019, the show started with a big celebration going on as for Sita being pregnant. It was really interesting to watch so. I really liked that song “mera hirday” the theme song of Ram-Sita. Himanshu Soni is doing excellent as Ram where as Sita, I like how Shivya Pathania is accepting the role and she is just fine for me. LUV and Kush, I really like Harshit Kbbra as Luv, he is doing excellent. He is cutie-pie and have become one of my favs in the show. Krrish Chauhan is again doing a great job! I like his mischievous attitude. Talking about my fav. character from Ramayana that is Lakshman ji so firstly, for me it was quite difficult to accept Navi Bhangu as my Lakshman ji. I felt like the charm was missing. I know it is wrong to compare two people but I will have to… You all know that I am really attached to Lakshman ji’s character and when I watched Karan Suchak in Siya Ke Ram as Lakshman so, I felt that he added that charm to the character. I am a person who easily doesn’t likes someone at first sight and especially when it comes to my favourite character but yeah, I liked how Karan did the job and I am not really impressed by Navi Bhangu. Coming on to other female characters like Urmila,Mandvi and Shruthkeerti. I felt ki Urmila’s character was shown kinda weak or maybe the girl whose playing so is. Mandvi and Shruthkeerti are good but one things I don’t like, the dressing. They should keep it equal amongst the three or else have given more to Urmila. The first time I saw Shruthkeerti I was like she was the youngest Kulvadhu and the most decked up one from the head to toe, she was equipped with heavy jewellery. It is not right. Either they should keep it equal or given less to Shruthkeerti. The one whose playing Kaushalya is brilliant. But I did not liked her dressing as a widow. A widow is a widow she can’t wear the maangtika and dress up in royal attire. In Valmiki Ramayana it is given that after the death of Maharaj Dashrath, Kaushalya, Kaikayi and Sumitra only wore a white royal saree with pearl jewellery. Dashrath is shown more young. His age was 60 when the for princes were born. Hanuman is doing good.

Now coming back to the story, there are many wrong things which they are showing as such Lakshman misbehaving with Ram. Lakshman and Urmila turned out to be a pillar of support at that time. Lakshman never disrespected Ram. He was angry with him but later he understood that he is doing wrong as for him his relation with his Ram Bhaiya was the most important than any other thing! Hanuman misbehaving with Lakshman. I hated that part. I mean like how can Hanuman misbehave with Lakshman? He always considered Lakshman as his elder brother. Hanuman was not present when Sita was sent to the forest. He went to his mother Anjani. Later he became Maruti as per the instructions of Ram and stayed at Valmiki Aashram for a while. Sita was sent to forest over a night discussion, not in front of the praja! Ram went to the Valmiki Aashram for the first time when they heard Sita being there not before that. Ram met Luv Kush for the first time when the Ashwameda yagna horse was kidnapped by Luv-Kush. And yeahh, how can I forget it Maharaj Sudhanwa thing. Sudhanwa never battled with Janak at time of Sita’s birth. Later when the four sisters were almost 10, then the Sudhanwa thing happened. They did not even show the story of Shanta. I guess they might have referred the Ramcharitranamas because in Shanta was not present. Sita handed Luv-Kush to Ram when they were 12! One thing is disliked about this is that they showed Ayodhya and open city which it was not. Since the starting Ayodhya was kida modern city like it had huge building, it is mentioned in every Ramayana you read! Mithila was an open city. One thing which was missed was Luv-Kush’s growing up scenes. They just showed a 14yr. leap after Valmiki ji names them. They must have shown how they grow up because for audience, we like such things. They could have added a song and a pretty scene or something. The sets are beautiful and I like it but, the reality was missing. They added more virtual effects due to which the originality faded.

Sun Sep 8 , 2019
Some times love can also turn into Pyscho Love and make you hate the person you loved just because you could not get them. Pyscho Love means […] 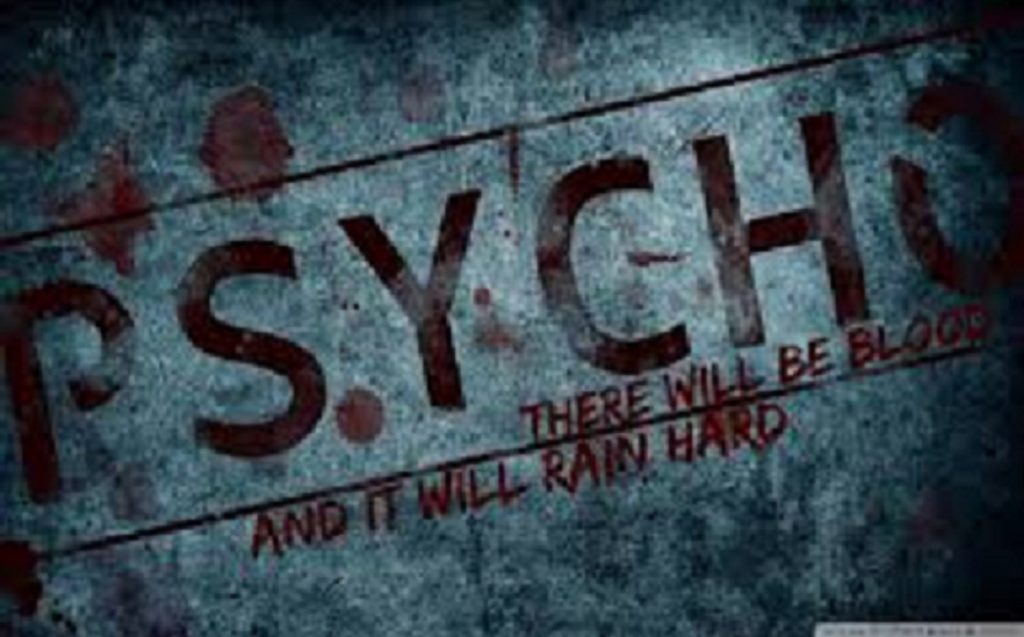